I must confess I've become addicted to World of Tanks lately and mostly logged in to Eve only to switch skills.

However, news that CCP developers have presented a new game at Fanfest sounds very interesting because it sounds exactly like WoT in space and could give Eve fans something which is hard to find in Eve - instant action in a more or less balanced setting.

I wonder if I will be able to use Oculus Rift with my strong myopia.
Автор: Nursultan на 16:15 1 comment:

I bought small stacks of all four Tier 1 battleships in February (from sell orders because I'm lazy) in an attempt to make some money on the inevitable tiericide.

Here is how the prices have changed (figures show percentage change against my average purchase price) as of today, now that the draft rebalancing proposals are out. 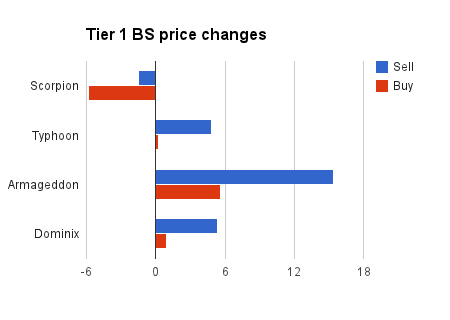 Fon Revedhort, a Russian player infamous for his neo-Nazi views which he insists on promoting through his (otherwise very good) pvp videos, has been dropped from the CSM 8 race.

"While he is entitled to his personal opinions, CCP cannot allow someone with the views he has continued to express to represent the EVE player base, and CCP, as a member of the CSM," CCP Dolan said.

"The presence of a player with the views that Fon Revedhort has expressed having a seat on the Council of Stellar Management (CSM) would have the potential to create charged situations between Council members and developers they would work with both virtually and in-person at summits."

Fon and his backers are obviously throwing a tantrum on the Russian forums, blaming "spam from the Goons" for his removal and calling it unfair.

What they seem to ignore is that his views would have never become an issue had he not used the Eve-related media to promote them. His EVE-O forum signature used to be "14" at some point, which is a reference to a David Lane quote: "We must secure the existence of our people and a future for White Children." And his current signature on eve-ru.com forums is a quote from Nazi writer Houston Chamberlain.

Finally, his video from the previous CSM campaign contained a string of Nazi references and its soundtrack included a song titled "Sieg Heil".

The 5 billion kill I missed

Last night I saw a Scorpion Navy Issue fooling around in Kurniainen, mostly hanging out next to the station.

An eve-kill search showed that its pilot QOODROOQ, was a fan of blinged PVP fits. It also revealed that his buddy/alt was docked in the same station.

I plugged the SNI fit from his last loss into EFT to see he could tank over 4,000 DPS. There was no way I could break that, even triple-boxing, and he would probably only engage at a gate or station where he can deagress and retreat.

I pinged a channel frequented by Shadow Cartel pilots hoping that a potentially juicy kill would attract their interest. But they were busy preparing for another operation.

So I gave up the idea of killing that SNI. But he apparently kept looking for trouble and found it in the end. 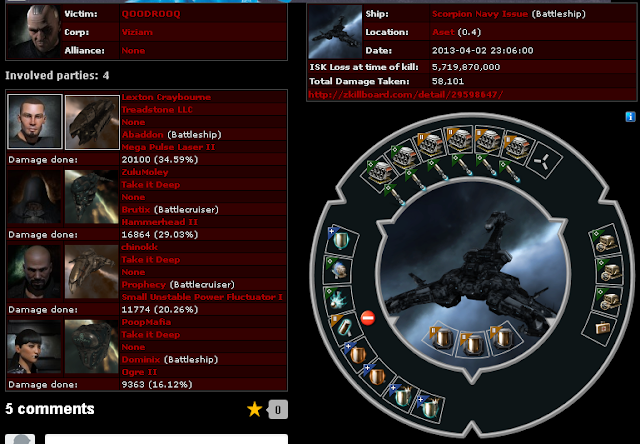 Looks like he got caught away from gate/station (which means mistakes had been made) or was neuted to a point where he could not catch up with incoming damage.
Автор: Nursultan на 14:08 1 comment:

Email ThisBlogThis!Share to TwitterShare to FacebookShare to Pinterest
Ярлыки: SNI

FW: not as bad as some people say


A few well-respected pilots have complained about faction warfare being completely dominated by risk aversion which leads to few, if any, real fights.

My experience, however, has been quite positive.

I started FW with a low-skill character last fall to take advantage of the loyalty point fountain coupled with low prices. Doing it casually, I think I made a few billion ISK from plexing and a few billion more from FW-related speculation - buying popular cashout items and reselling them once the plug was pulled on LP store discounts.

I kept training the character and he can now fly minmatar frigates with reasonable PVP setups so recently I started flying him again, looking for fights rather than loyalty points.

And it works. Playing, once again, rather casually, I still got into a number of fights, won some, lost some and gained some experience flying and fighting the updated T1 frigs.

While some people do indeed warp out the moment they see you on close-range d-scan, others are willing to fight, often coming back for a rematch. I'd say more than a half of Amarr pilots I've met were willing to fight.

In total, I've been in at least 16 fights since restarting FW on March 24, which, measured against my activity, is quite good. It's definitely more than I got with Nursultan. Oh, and the LP gain from kills and plexes (you sit there anyway as you wait for fights) is a nice bonus that could keep one in well-fitted ships indefinitely.

Right now my default ship is the Slasher:

Dies when successfully kited by MWD frigs. Takes forever to chew through a cap-boosted dualrep Incursus. I have yet to fight a buffer-tank missile ship, but I think it's going to be tough as you have no buffer at all and no way to mitigate missile damage (other than speed, so overheat your afterburner).

I usually turn off the auto-reload on the rep because at that stage I am usually in control of range and need minor repairs for rare volleys that get through or drone attacks.

I should probably get an MWD version as well to deal with those pesky kiters.
Автор: Nursultan на 19:02 No comments:

Apparently a bug with some new avatar t-shirts rendered them invisible on the forums. 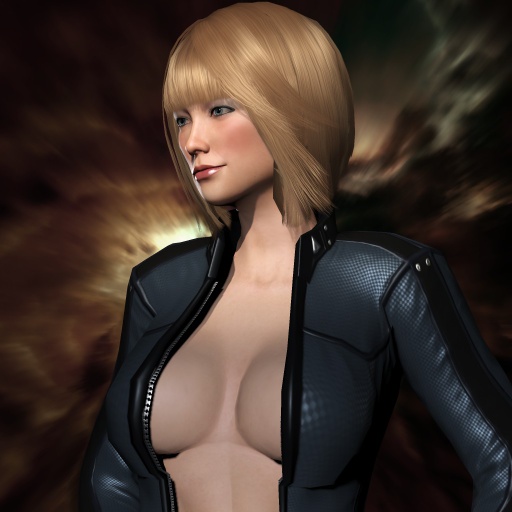 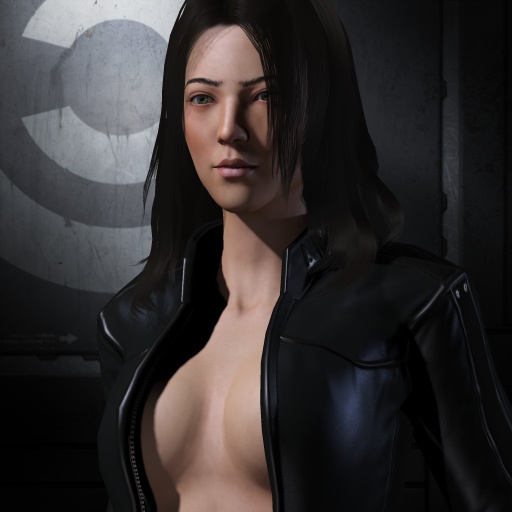 Email ThisBlogThis!Share to TwitterShare to FacebookShare to Pinterest
Ярлыки: lol

The Character Bazaar on the official Eve forums is a terribly inefficient marketplace. One has to read multiple threads and follow multiple Eveboard links to look at and compare characters.

It would be much more convenient to have a market where characters can be filtered by skills. And since they are easily accessible through the API, I think it is just a matter of applying some programming and interface-building skills.

Unfortunately, I do not possess such skills but maybe someone will come up with a solution? It could even be fee-based, to recoup time invested, I think. 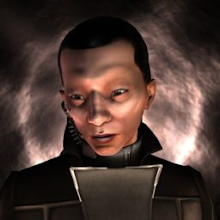 A pirate with attitude 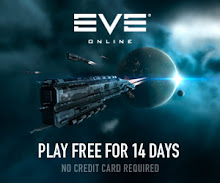